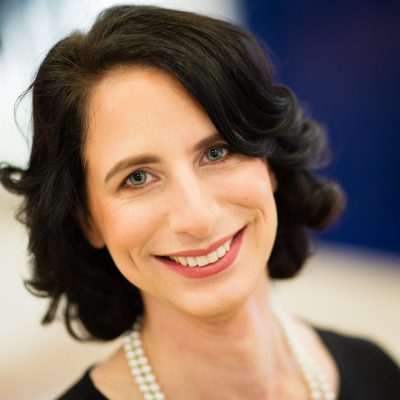 Lately, I’ve been writing a lot more personal content that is more in alignment with my authentic self. Writing technical content is easy for me – I try to explain my understanding of “The Thing” in a way that’s approachable. I guess writing about non-technical things is somewhat similar, putting words to paper that represent my thoughts. We all have an internal monologue, a narrative that lives within our own head. Mostly, we keep that to ourselves.

It’s interesting how our internal narrative drives our results. For example, I used to be terrified of needles. When I was a kid, they had to hold me down. I used to run away, out of the doctor’s office when it was time for a shot. Now, as an adult, I’ve learned how to give myself an injection, and I self-administer weekly.

Hi, I’m Claire, and I’m transgender. I’m right in the middle of the most difficult part of transitioning, where I’m working on figuring myself out, where things aren’t yet where they’ll end up, where I don’t yet see myself in the mirror, and where my goal-oriented brain has been working overtime on sorting it all out. I wrote this post about living authentically because the weight of secrets is overbearing and it’s joyful to get it off my shoulders and just be me. It’s liberating to just be, but it’s also sometimes terrifying when my brain goes down the path of wondering if I’ll pass, if people will see through me. Outwardly, people so far have been quite kind and supportive, but then my imposter syndrome kicks in and wonders how much of what they’ve said is true.

Over the past months, since things snapped for me last April, I’ve been trying to figure out a timeline. Everyone’s transition is different and there’s no set path, no playbook to follow. For me, my biggest source of dysphoria is my facial/body hair, followed by voice and physical form. I fear that my appearance betrays my inner being and I didn’t feel comfortable going out in public until I could make significant progress in these areas.

After researching and gathering as much data as I could (and there’s very little hard data in this area, mostly tons of anecdotal data), I decided to tackle hair and hormones first, as they would take a lot of lead time. There’s a place in Dallas, Electrology 3000, that is the best for hair removal because they’ll use multiple techs for full days (at the same time), and they use lidocaine injections to minimize the pain. It’ll probably take 10 or 12 clearings to remove most of my facial hair, and you need 6-7 weeks between clearings due to hair growth cycles. For the most part, this has gone as expected: I fly to Dallas, sit in a dental chair, and get poked for hours on end. It’s difficult, though, as it adds a lot of travel into my already busy schedule. At the time of this post, I’ve completed six clearings so far, and I hope to be done sometime over the summer. Hair is hard, as it took until the fifth clearing for my beard shadow to go away. Every time I look in the mirror or feel my face, I feel reminders that my body betrays me.

Hormones were easier because New York is an informed-consent state. There is not much to do but go to the endocrinologist where I receive estrogen and a testosterone blocker. I chose injectable forms of each, as a weekly estrogen dose was more appealing to me than taking a daily pill. For the testosterone blocker, I went for a monthly injection, Lupron, as it seemed to have the fewest side effects and is very effective. Most of the changes from hormones take six months to a year to become apparent, so it’s mostly a waiting game. Certainly some areas have developed and seeing that is reassuring. I do recall quite vividly, that the day I was taught how to properly, and safely, give myself injections, I felt like I’d learned a secret knowledge—something not known to large parts of the population who have never needed to administer injections. It was a weird feeling.

With hair and hormones underway, there wasn’t much else to do for a while; I just buttoned up the mask called a shirt and went on with things. In October, I started with a speech therapist, helping me raise my default speaking pitch and change my resonance and intonation to sound more feminine. I was scared to death of needing voice surgery and have been able to avoid it with practice instead. I have a long way to go, and as any singer knows (I am not a singer), your voice is an instrument and it’s all about practice.

Bootstrapping clothing was also hard. Without any women’s clothing of my own, I didn’t feel like I belonged in the women’s section, particularly in the fitting room. With the support of my best friend from high school, we went to Target and I made it to the dressing room to get a few basic items. Subsequent trips have been easier as I was able to shop as myself and I felt much more like I belong there.